I 1990, efter en mindre krig i området, rejste jeg til Kibbutz Bar'am (netsiden bærer stadig et slags pretty face of socialist utopia) som er situeret i det nordlige Israel, mere præcist 300 meter fra den libanesiske grænse -- I had the time of my life there.
Posted by Susanne Christensen at 11:35 AM
Hvilken hånd vil du have? Den her eller den her.
Posted by Susanne Christensen at 11:04 AM

Joan Jett is looking at you. What is she thinking?
Posted by Susanne Christensen at 10:46 AM

No, the concept of art must replace the degenerate concept of capital. Art is really tangible capital, and people need to become aware of this. Money and capital cannot be an economic value, capital is human dignity and creativity. And so, in keeping with this, we need to develop a concept of money that allows creativity, or art, so to speak, to be capital. Art is capital. This is not some pipe dream, it is reality. In other words, capital is what art is. Capital is human capacity and what flows from it. So there are only two organs involved here, or two polar relationships: creativity and human intention, from which a product arises. These are the real economic values, nothing else. Money is not. If you bring about something in yourself it only becomes a warmth process once you involve others, and hear from other people about what they do. But this doesn't necessarily have to be a "warmth work". No, this is not a must. Rather one has to let others have the complete freedom to express what they draw out of themselves. It could be ice-cold, but this is something that I just have to deal with. I can't say: Since you are such an ice-cold fish, and I see things differently, I will simply ignore your existence and draw a clear dividing line. Absolutely not. Instead I have to enter right into the midst of this, for only here do you have a perfect warmth issue, only then do things start to be interesting. The rest is only prepa- tory work. That's the field of social sculpture as a new machine,
one could say - as an energy carrier.

Skåneradio her & her.
Posted by Susanne Christensen at 10:24 AM

This trope of tragedy followed by farce is seductive - its cynicism is a protective response to many historical ironies - but it hardly sufficies as a theoretical model, let alone as a historical analysis. And yet in subtle ways it pervades criticism of contemporary art and culture, where its effect is first to construct the contemporary as posthistorical, a simulacral world of failed repetitions and pathetic pastiches, and then to condemn it as such from a mythical point of critical escape beyond it all. Ultimately it is this point that is posthistorical, and its perspective is most mythical where it purports to be most critical. 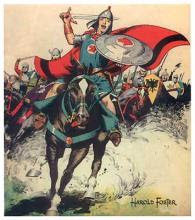 Posted by Susanne Christensen at 10:32 PM 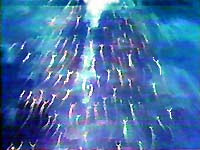 Larsen om Langvad her -- Grrr! But the tyger is constructed.
Posted by Susanne Christensen at 11:39 AM
Newer Posts Older Posts Home
Subscribe to: Posts (Atom)

Susanne Christensen
Danish born Norwegian literary critic in Klassekampen since 2003. Amongst a zillion other things co-editor of Biblioteket Gasspedal 2003 to 2008 and co-editor of Vagant 2006 to 2010 and from then on Vagant columnist. Den ulne avantgarde was published in 2011. En punkbønn was published in 2015. New book out in 2019. Check out reviews, photos and what I'm listening to and reading.